The NesTM Cup: In Review

The fourteenth of August saw sixteen of the best TrackMania²: Stadium players descend upon the small town of Sloup v Čechách in the Czech Republic for a one-of-a-kind competition. Intel The NesTM Cup, hosted at The Nest gaming house, gave players the opportunity to show their prowess on never-before-seen tracks, and the chance to take a share of the €1300 prize pool.


The aim of this article is to give a round-up of all the weekend’s action, as well as an insight into the experience the players had at the event (and why everybody is talking about how awesome it was). 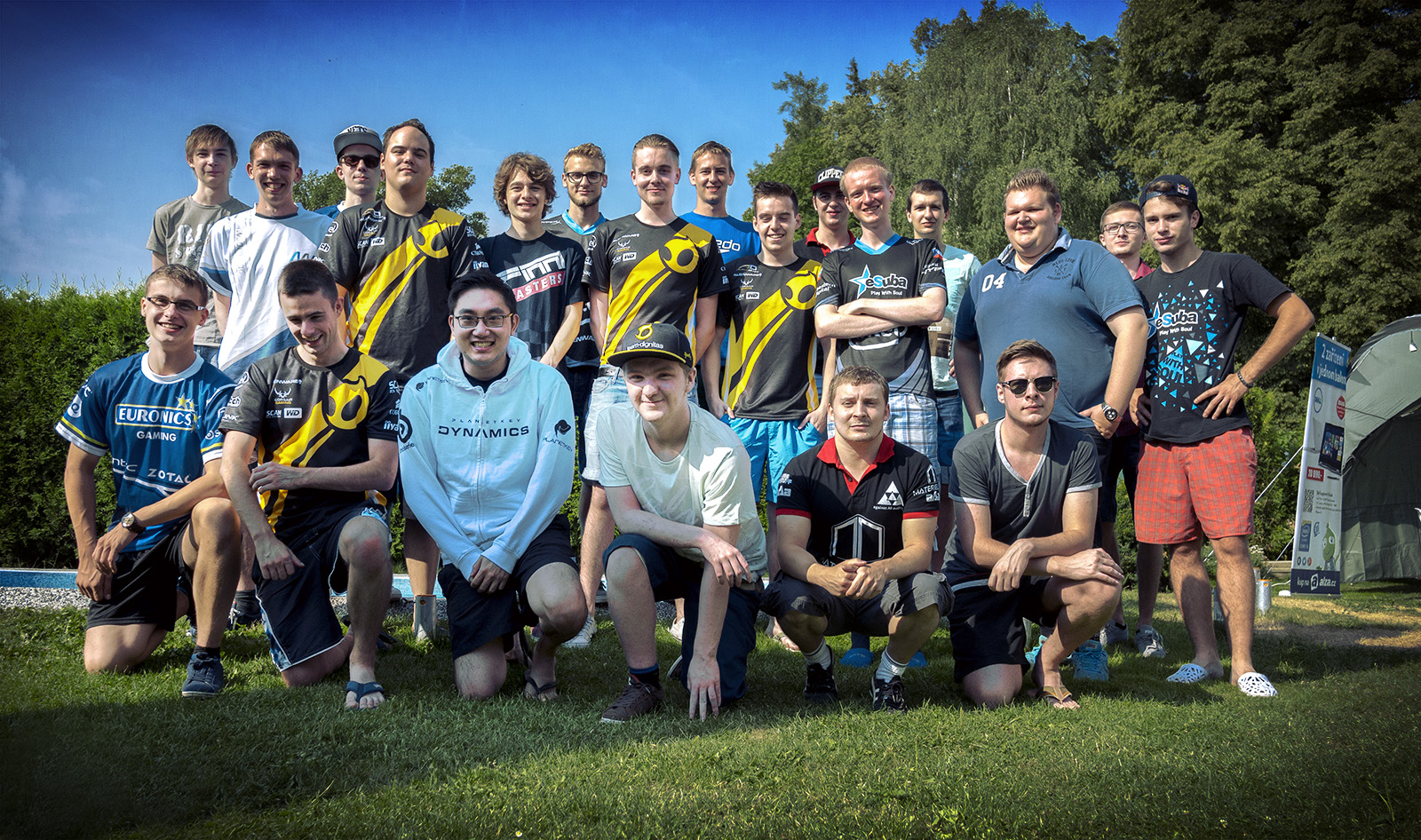 The participants list boasts fan favourites from across Europe, and led to many intense matches in each of the competition’s rounds. I was lucky enough to be one of the following sixteen invitees:

To call the participants list “stacked” would be somewhat of an understatement. Stand-out players include Marek “tween” Pacher, runner-up at Electronic Sports World Cup last year, and Dennis “Massa” Løtze, who has shown impressive results online throughout the year. Both Kevin “Safran” Luu and Tobias “Shorty” Rouschal played in a major LAN for the first time at the event.

The venue for the three-day event was The Nest, located in Sloup v Čechách, a small town in the North of the Czech Republic. The multi-building complex features apartments, a swimming pool and a professional broadcasting studio where the matches were played and casted. 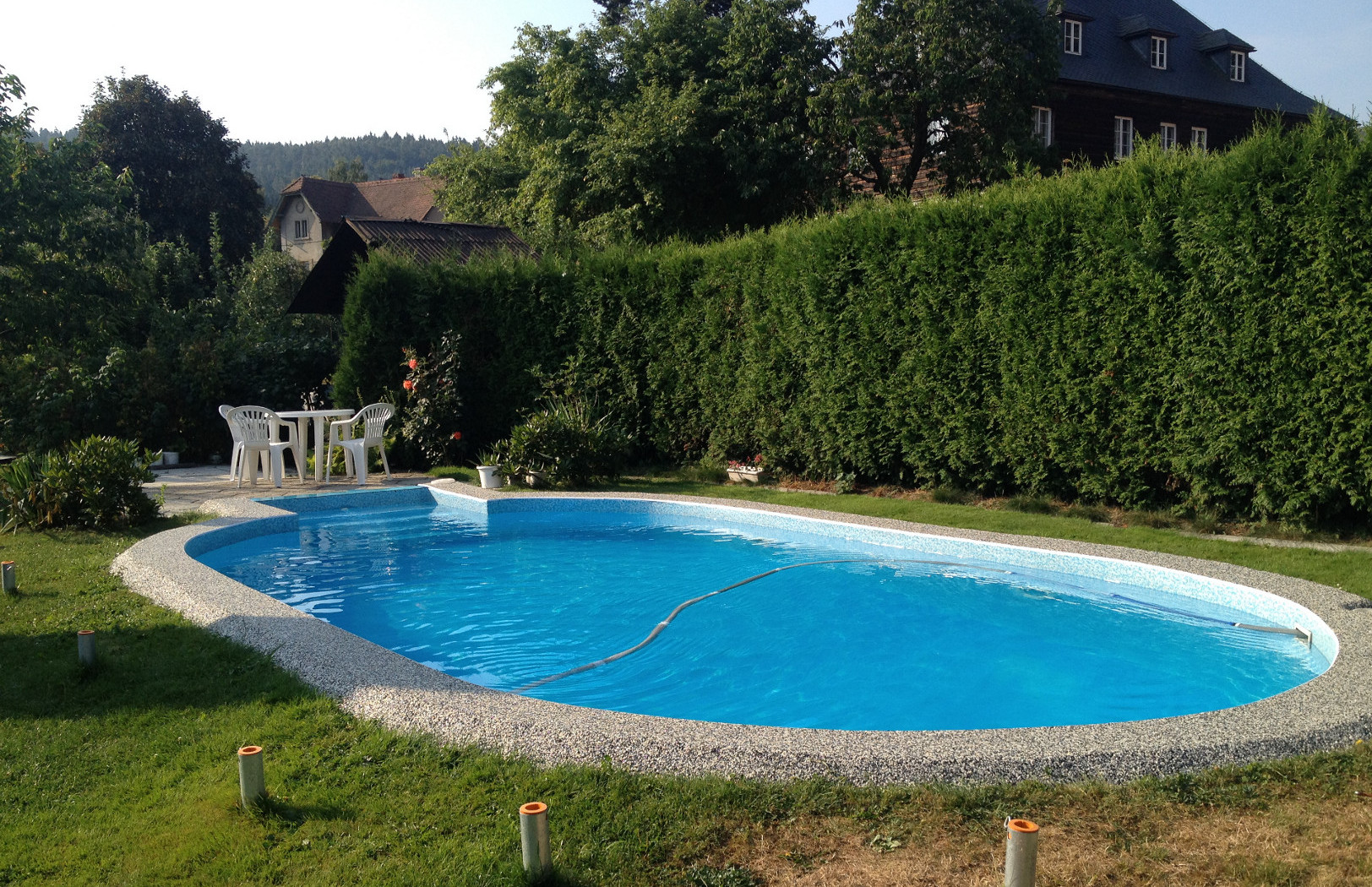 The players shared rooms together; I stayed in a room with the Team Dignitas players and Massa. The rooms were much like hostel rooms, with bunk beds and shared bathrooms. This lead to many funny conversations and an endless stream of banter (both good and bad).

The match area was very professional, with multiple high-grade cameras around to capture all the action. A small set of stairs led you to the sofa used for casting and interviews. Just outside this building was the pool and gazebo, which provided players and fans with a refreshing break from the intense TrackMania races that occurred over the Saturday and Sunday.

The seeding for the event was like nothing seen before in TrackMania. Players were transported to a go karting track on Friday evening for time trials, the results of which would determine each player’s opponent for the following day’s matches: the fastest karting driver would play the slowest, the second fastest would play the second slowest etc. The higher seeded driver would also win the right to choose the first map played in all matches he played in the tournament.

The maps used for the tournament were purpose-built mirrored tracks, i.e. there was symmetry about the starting block. They were somewhat multi-styled, and are comparable to maps used for fB’s Weekly Race, although they were shorter in lengeth—about 45 seconds each—and were not multilap.

Jonathan “JonNo” Holmes and Marius “Marius89” Wenke stormed ahead of the pack, setting the top two times. Third-best driver Dennis “Massa” Løtze would be my opponent in the third match the following day after I set a rather lacklustre personal best.

It turned out that neither driving the go karting track, nor the three maps prepared by organisers Jakub “Kubayz” Faul and Erik “hakkiJunior” Leštach, was my forte; I was knocked out fairly convincingly by Løtze in the first round. Single elimination meant that my tournament run was over almost immediately, which left me feeling a little frustrated. I joined Fredrik “Bergie” Bergmann and Wenke, the two players who had lost the two first matches, for a beer in an attempt to make the most of a disappointing run. 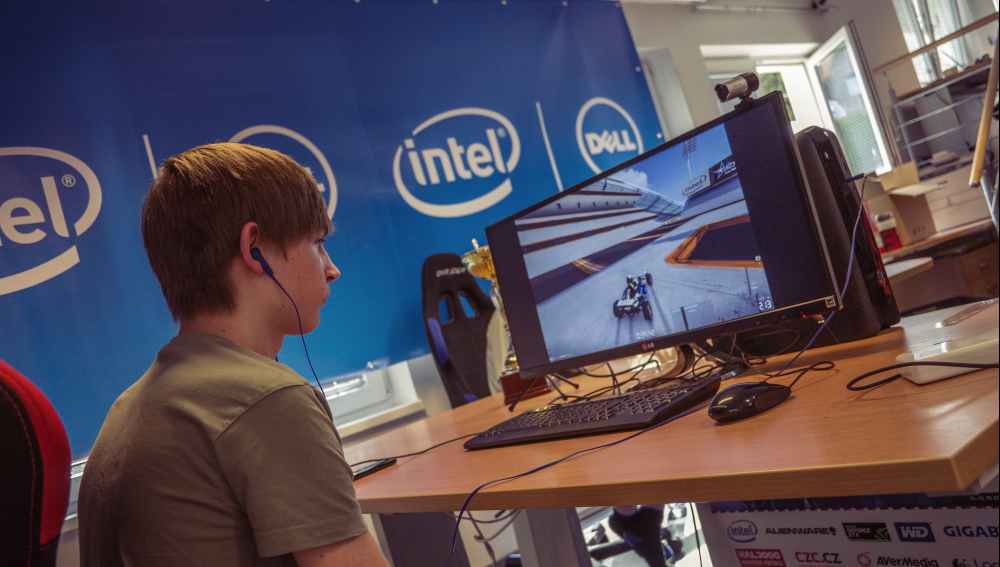 Upsets in the first round included Andy “Sabre” Wilson’s defeat at the hands of Tobias “Shorty” Rouschal. The German impressed skeptics and certainly showed that he deserved his spot among the more experienced racers at the event.

The quarter-finals and all subsequent matches were played out on Sunday. By mid-afternoon, the semi-finalists were known: Løtze would face off against Pacher, while Rouschal was to take on Dutchman Tim “Spam” Lunenburg. The closest of the semi-finals was the first, which saw Pacher edge Løtze 3-2. Lunenburg was only able to take a single map off his German opponent, a surprise result which saw Rouschal reach the final of his first major LAN event and secure at least €400 in prize money (not bad for a couple of days work!).

The grand final took place at 18:30 CEST. Lunenburg—who had just bagged himself €200 after defeating Løtze in the third-place match—sat alongside Holmes and Henri “Insane” Kyynäräinen on the “casting couch” to commentate the last match of the day. The best-of-five final turned out to be a thriller, going the distance on the fifth map and reaching tennis mode.

The final round of the competition was unlike anything seen in TrackMania before. Pacher needed to win the round to secure and win, while Rouschal aimed to win the round and force yet another tennis mode cycle. The penultimate turn saw both players come to a complete stop, leading to looks of dismay on the faces of both finalists. Neither retired, and both then continued to the finish. Pacher got back on track marginally quicker than his opponent, winning the final round by fifteen hundredths. A fitting end to a tournament with such a unique and innovative format.

As I watched the awards ceremony in the garden area, I thought about what a great experience the weekend had been. Meeting old friends, as well as players I had previously only chatted to online, was fantastic. Although the competition was unlike traditional TrackMania events, it was a blast to watch (and cast) each of the cup’s matches. I hope to see the return of The NesTM Cup next year (and hope to make yet another trip to the Czech Republic to meet the gang)!