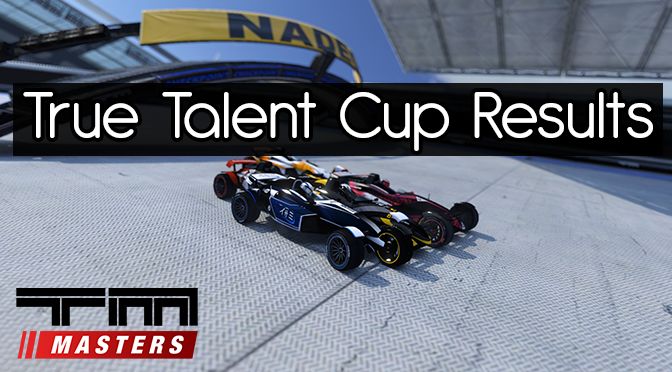 this week the BIGGEST True Talent Cup ever with 362 participants was hosted.

Since the server limit is 235, we decided to offer two servers and as soon as the Top 50 were reached on both servers, TTC was paused and players from Server #2 joined Server #1. Shortly afterwards the TTC restarted with 100 players left.
Read more about this special TTC here.

In general we will only have on server with 235 slots again, but from time to time we announce the “big TTC” which offers up to 470 slots. Stay tuned to us on Facebook and check the TTC page frequently.

Below you will find the results of TTC #75, which was a tech edition made by french mapper Eyohna. 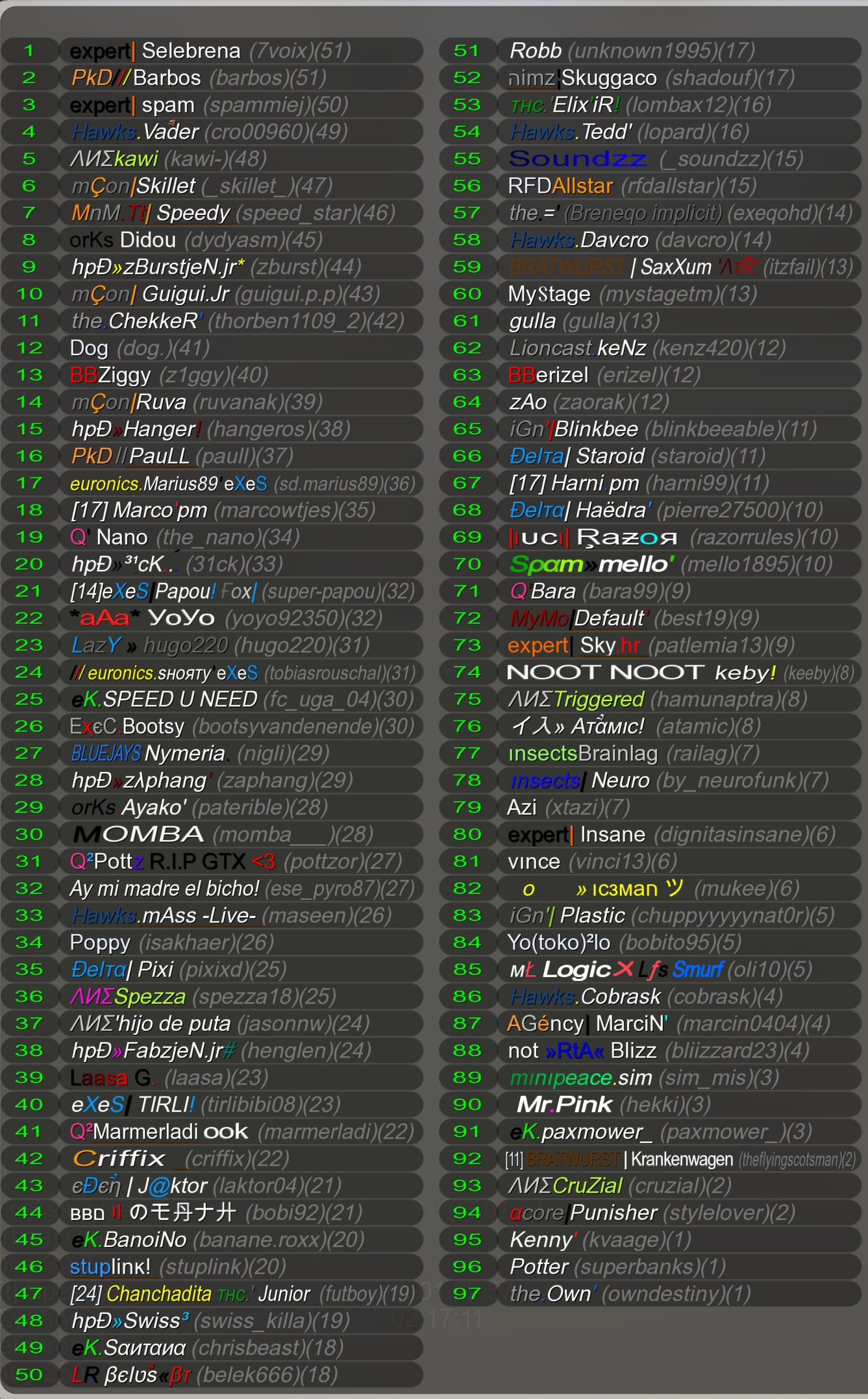 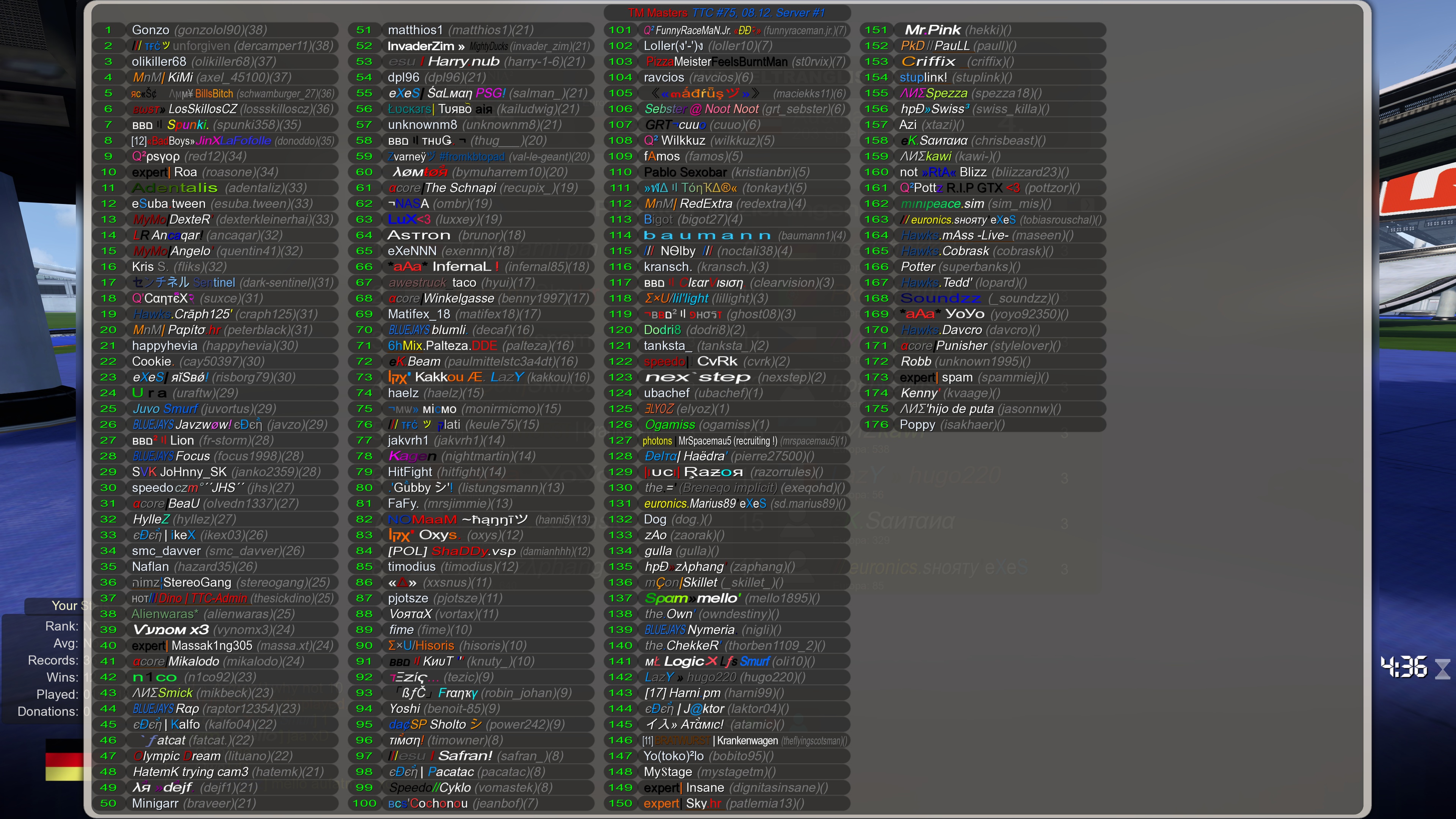 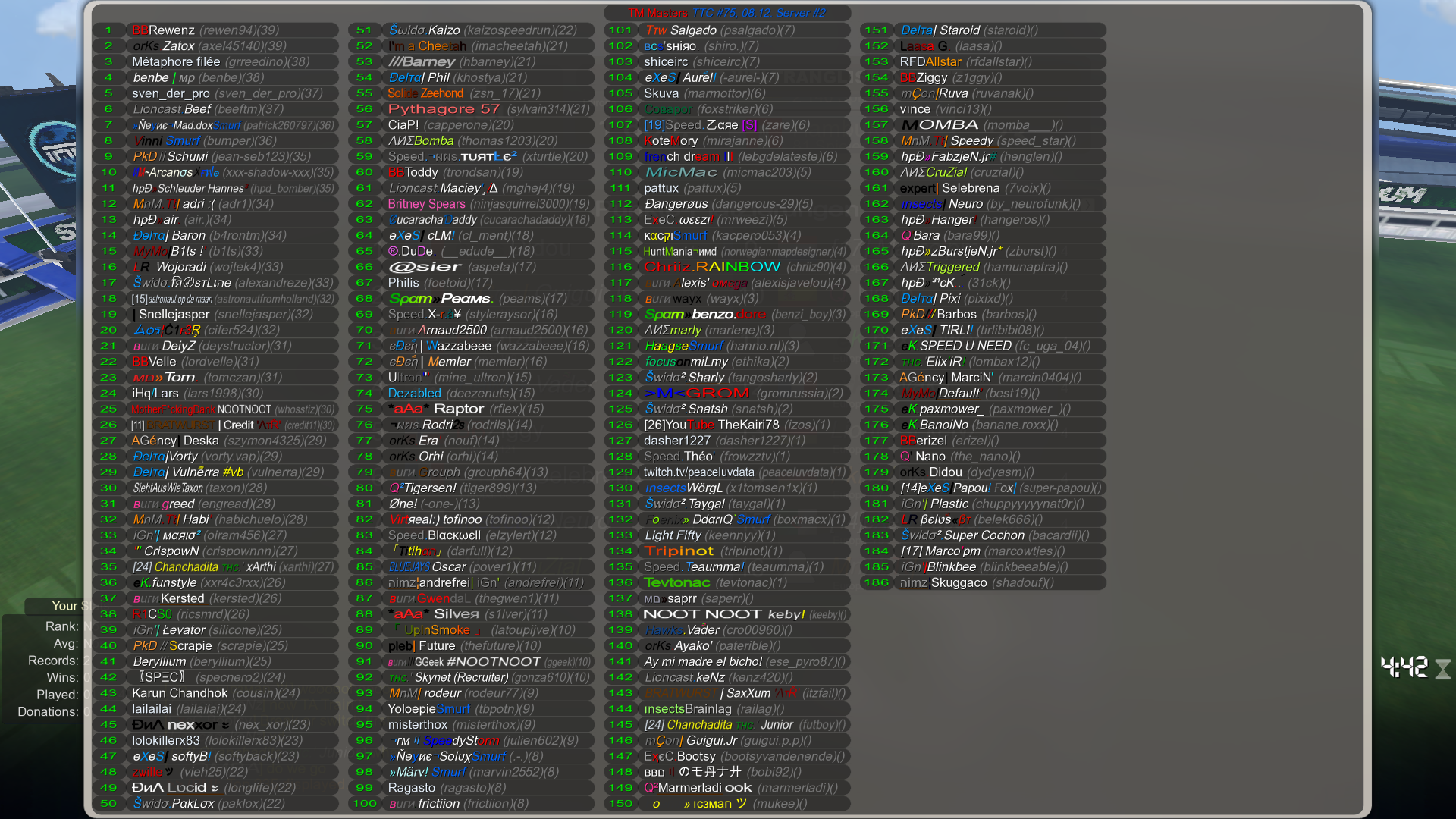